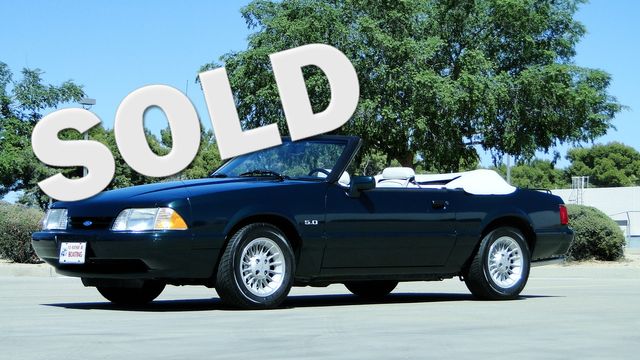 *This calculator is for informational use only and is based on the information you provide. Actual loan amounts and payments will vary based on additional items such as taxes and fees as well as the actual interest rate available to you from a financial institution.

The 7UP Mustang was a special edition Mustang made for a contest for the 7UP soda company. Originally, 30 were to be made and given away in a contest at the final NCAA game that year; however, the contest was cancelled at the last minute, leaving Ford with just over 4,000 pending special-edition Mustangs, which they decided to sell with the same paint color and options, giving birth to the 7UP Edition Mustang. Ford originally intended to build 5,000 of these; however, only 4,103 were actually produced. They used a specially modified convertible LX-model Fox Body as the platform to build these special editions. They all featured the HO 5.0-liter V8 engine that produced 225hp backed by a 5-speed manual transmission. The green and white color scheme was inspired by the branding used by the 7UP Bottling Company and made these Fox Body Mustangs stand out. The special edition package was referred to by Ford as the Special Edition Package 562 and included Deep Emerald Green Metallic exterior paint, white leather sport seats, white interior trim and components, 15-inch GT turbine wheels. This particular car was born on February 28, 1990, and delivered to Center Motor Car Company in Center, CO. It is a clean, rust-free car that has been well-maintained. It's had a recent repaint in its factory color as well as recent oil change, battery and tires, and an emissions test. All functions of the car work as they did in 1990. This 7UP Mustang includes a Marti Report